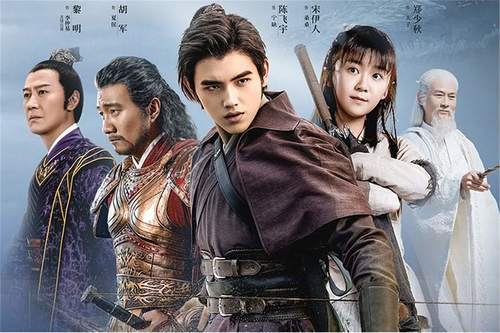 Westerners may be fans of the fantasy genre, but Asians are more advanced in the matter. The best fantasy series, movies or cartoons very often have an Asian origin. Where does this impressive inspiration come from, and why are Asians among the best?

History, an unshakeable base

When watching Korean Dramas or Chinese and Japanese fantasy series, one can’t help but notice one fact: most movies and fantasy series are always based on the history of these countries. In the West, we often neglect or even ignore them. Asians have a completely different approach. Not only do they not throw their divinities to oblivion but also, they often combine them with real historical characters, to create worlds absolutely delirious.

A successful fusion of mythology, history, and technology.

The western fantasy world is often limited to one theme or two. Mythology with history with magic elements or history and technology without magic. Asians do not back down from anything. They make a total fusion, and this is precisely what ends up making their works impressive. When ancient divinities are offered the possibility of using both magic, sometimes martial arts, but also new technologies, one cannot delight adepts of all categories. This does not mean that the approach is always the same, but Asian cinema is undeniably more creative in this regard.

It is therefore not surprising that it has so many followers, even outside the Asian continent. Series such as “The Untamed” “Eternal Love of Dream”, “Korean Odyssey”, have fans in every corner of the planet. The first two for example, that can be freely watched on YouTube have millions of views on each series. No need to talk about the many cartoons that make children and adults happy. The trend is growing and everything suggests it is not about to stop.